Here’s an interesting article from Property Week which explores the strengths of business parks in the Thames Valley.
US history books (and Wikipedia) claim that the first business park in the world opened in Alabama in the early 1950s to avoid racial tension in city centres. Fake news.
More than 30 years before that, a former military depot in Slough was converted into what became known as Slough Trading Estate. By 1937 it was home to 150 businesses including brands such as Mars, Citroën, Johnson & Johnson and Gillette and had become, arguably, the world’s first modern business park.
Now owned and operated by SEGRO, it is the largest industrial estate in single private ownership in Europe, with over 600 buildings and facilities including restaurants, shops, banks, a huge community centre and even a fire station.
It is not the only park thriving in the region. The Thames Valley has become a hotspot for businesses relocating from London and for investment, as shown by the string of summer deals in Reading.
But can Thames Valley business and science parks keep up the momentum? And what does activity there say about the wider market?
The acquisition of the Arlington Business Parks portfolio by private equity firm TPG Real Estate for some £450m in August and Oaktree’s sale of five assets to Frasers for £743m in September prove that business parks are still firmly on the agenda. 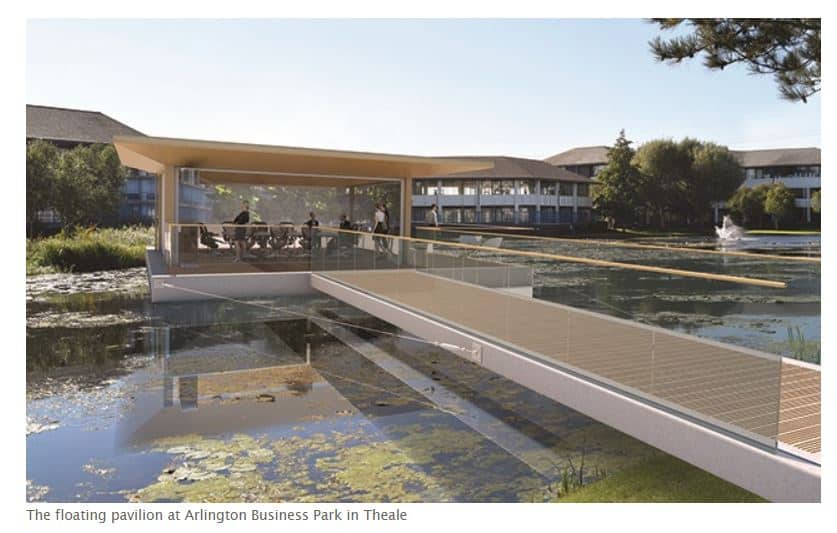 “Business parks are alive and kicking, albeit there are the good, the bad and the very ugly ones,” says Jamie Renison, head of London and South East business space at Cushman & Wakefield.
“I think it’s accepted that Green Park is perhaps the best of the Thames Valley business parks because it provides quality, environment, amenities and accessibility, while Stockley Park is probably the best-located one in the area, with Heathrow being so close. There are some that need to reinvent themselves, but generally speaking, they all have something to offer.”

It is a view shared by Jonathan Webb, partner at Hanover Green. “Business parks still have their place in the market,” he says. “They continue to provide high-quality office stock and attract high-profile occupiers and investors. While these assets were traditionally owned by UK institutions, we’re now seeing an increasing amount of overseas capital investing in Thames Valley business parks.”
It’s about trying to create a community and offering things that actually make people want to stay there – Jon Gardiner, Savills
Part of what makes these business parks so successful is their evolution from first-generation models into amenity-rich environments suitable for modern businesses and the needs of their employees – an increasingly important consideration in the war for talent.
“The lack of amenity was holding them back and stopping them from doing deals,” says Jon Gardiner, head of the national office agency at Savills.
“Many of them are successful now because they addressed the weaknesses. It’s all about trying to create more of a community on a park, bringing people together and offering things that actually make them want to stay there – rather than a place that just dies after work.”
This renewed interest in business parks has led to a wave of activity in the Thames Valley. One example is what Patron Capital and APAM have done at Arlington Business Park in Theale, near Reading. Patron bought the 48-acre park from Goodman in 2015 for £80m and has since changed the face of the park, creating a large communal facility, a café and a gym. Occupiers now include Regus, Wrigley, Clearswift and CTIL.

Chris Taylor, executive director at APAM, which manages the asset, says that they spotted a “strategic opportunity” to improve the perception of the park.
Daniel Weisz, investment director and senior partner at Patron, adds: “When we bought the park it was kind of obvious that it needed some life and vibrancy, which was standard fare at other parks.” 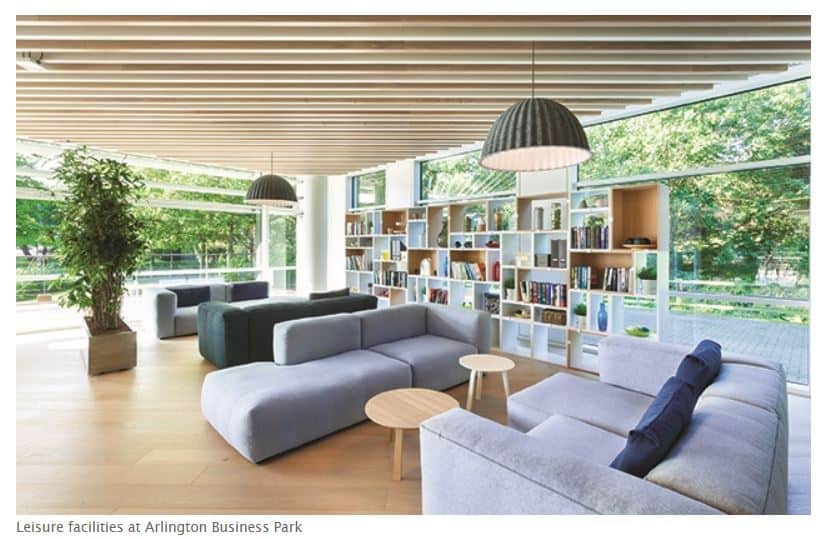 Arlington, which spans 360,000 sq ft across 11 buildings, has a large green space alongside a lake. Weisz describes the natural beauty of the place as “the park’s best feature”. Instead of covering that green space with a huge block of cement, as outlined in the first plan, Patron and APAM decided to make a feature of it.
They have got planning consent to build a floating meeting room in the middle of the lake. When it is finished next year, it will be free to use by every tenant.
“We said to ourselves: ‘Let’s take it on to the next level,’” says Weisz. “Instead of opening a small café, we’ve created something that has a club atmosphere. We gave everybody a membership card to use in the facilities as a cash-free system.”
Instead of opening a small café, we’ve created something that has a club atmosphere – Daniel Weisz, Patron
As the evolution of Arlington shows, the key word is ‘flexibility’. Indeed, some of the business parks in the Thames Valley are becoming so flexible that they are stealing tenants from other sectors – including science parks.
A recent trend has been the relocation to the Thames Valley of life science and pharmaceutical companies from traditional hubs such as Cambridge.
Multinationals such as Bayer, Becton Dickinson, Sanofi, UCB, Novartis and Merck have all taken or are looking for space in the area. Recent data from Savills shows that pharma companies accounted for an incredible 30% of South East office take-up in 2016.

Last year, Bayer took 85,000 sq ft at Green Park; Smith & Nephew signed for 60,000 sq ft at Croxley Green Business Park in Watford; and Becton Dickinson moved into 44,557 sq ft at Winnersh Triangle in Reading.
However, Renison notes the distinction between the research and development (R&D) departments of the big science-focused companies and their sales and marketing functions. It is the latter that are most often found in the Thames Valley.
“Historically, the Thames Valley has been a marketing centre for the pharma industry, while R&D has been done around the university towns,” he says.

While it is true that some of these companies are looking for office space instead of research units or laboratories, others are looking for flexible space to include both.
“UCB will have a bit of both, for example, but Sanofi won’t,” says Renison. “There are plenty of other clinical trials companies in the Thames Valley already. They are quite a big part of our market and they tend not to be just on science parks because they’re not specifically R&D centres.”
With 14 tech and science parks in the Thames Valley area, it has become known as the ‘knowledge spine’. To satisfy the increasing demand from life science and pharmaceutical companies looking for space there, a number of new parks are in development or have received planning permission. Most of them are in Oxfordshire, which has the highest concentration of science research facilities in Europe.
What’s more, the University of Oxford has just been named in the Times Higher Education World University Rankings the best in the world for the second year in a row, further boosting the Thames Valley’s credentials.
There are plenty of other clinical trials companies in the Thames Valley already – Jamie Renison, Cushman & Wakefield
“It’s an international centre of excellence,” says David Williams, partner of business space agency at Bidwells.
“Science is the pillar of it. The challenge for the property sector is to deliver fit-for-purpose buildings that can suit the needs of these firms.”
Developers are rising to that challenge – at least three major schemes will be built in the next few years in Oxfordshire.
The Oxford Technology Park obtained outline planning consent in November 2016 for 400,000 sq ft of flexible office, laboratory and tech space, over two three-storey buildings. Infrastructure works began in the summer and the first building is expected to come on stream in 2018.
At Grove Business Park, also in Oxfordshire, planning permission has been granted for a 220,000 sq ft development that would double the size of the park.
Meanwhile, Grange Court in Abingdon, which Williams says has attracted “really strong demand” from occupiers, completes this month. Of the 13 units built on site, 10 have been pre-let.

We have an exciting opportunity for a #Graduate to join our fast paced, dynamic & friendly team.

A huge well done to Victoria Holt who completed the Manchester half marathon at the weekend in aid of one of our 2022 charity partners, @UKKidney Association.

There is still time to donate if you haven't already! Please click on this link - https://www.gofundme.com/f/victorias-run-for-uk-kidney-association?utm_source=customer&utm_medium=copy_link&utm_campaign=p_cf+share-flow-1

Chloe Prince was invited to be a Keynote Speaker at the Mayor's Fund for London, which is a social mobility charity where Sadiq Khan is the patron. The event discussed Reverse Mentoring.